The Bakers Gold project is available for Sale or Joint Venture.

The Project is located 25 kilometres south-east of Meekatharra  in the Murchison Goldfield of Western Australia. It lies on the eastern limb of the Meekatharra Greenstone Belt which has yielded several million ounces of gold and contains a number of present and past producing gold mines.

The project area has seen various rounds of historical exploration including separate programmes of wide-spaced but shallow percussion drilling.

Sunrise has previously carried out mapping and three rounds of soil sampling generating a number of gold-in-soil anomalies which, together with historical exploration results, have defined the three targets which have recently been drill tested.

Five holes were drilled for a total of 589m using the reverse circulation percussion method as detailed in the Company’s news release of 29 April 2021. Drill samples were collected every metre down hole and analysed for gold at independent geochemical laboratory, ALS Perth, using 50g charge fire assays. Significant results are presented in the table below.

The Target is named after the hole number of a shallow historic rotary air blast drill hole (DLR4) which was completed by Australian Consolidated Minerals in 1987. Historic hole DLR4 averaged 0.55 g/t gold over the 22m interval from 2m down hole depth to the end of hole at 24m and the final 2m sample assayed 1.17 g/t gold.

Project-wide and follow-up soil sampling carried out by Sunrise defined a 500m long zone of gold-in-soil anomalies centred on hole DLR4. Quartz float can be observed at surface and appears to be the target for the historical drilling.

Three holes, 21SBRC002, 3 & 5, were drilled at 50m spacing in a fence configuration across the soil anomaly with the most north-easterly hole in the traverse, 21SBRC002,  encountering high-grade gold mineralisation proximal to historical hole DLR4. A 2m interval from 64m down hole (approximately 50m below surface) graded 14.36 g/t gold and included a 1m interval grading 26.51 g/t gold. A 7-metre zone with low-grade gold values was intersected immediately below.

The Company believes the DLR4 Target to be highly prospective being currently open along strike and at depth. Further drilling is justified to determine the orientation and extent of the newly discovered high-grade mineralisation.

One hole was drilled at the Dicky Lee pit, 21SBRC001, to follow up on historical drill results which encountered wide intervals of low-grade gold mineralisation.

21SBRC001 was drilled to a depth of 196m and intersected a number of narrow low-grade gold mineralisation with a best intersection of 1m grading 2.19 g/t Au.

The Third Target was a narrow zone of prospector scale working where sampling by the Company has returned high gold values. This target was speculative and tested by a single drill hole, 21SBRC004, but no significant results were returned. 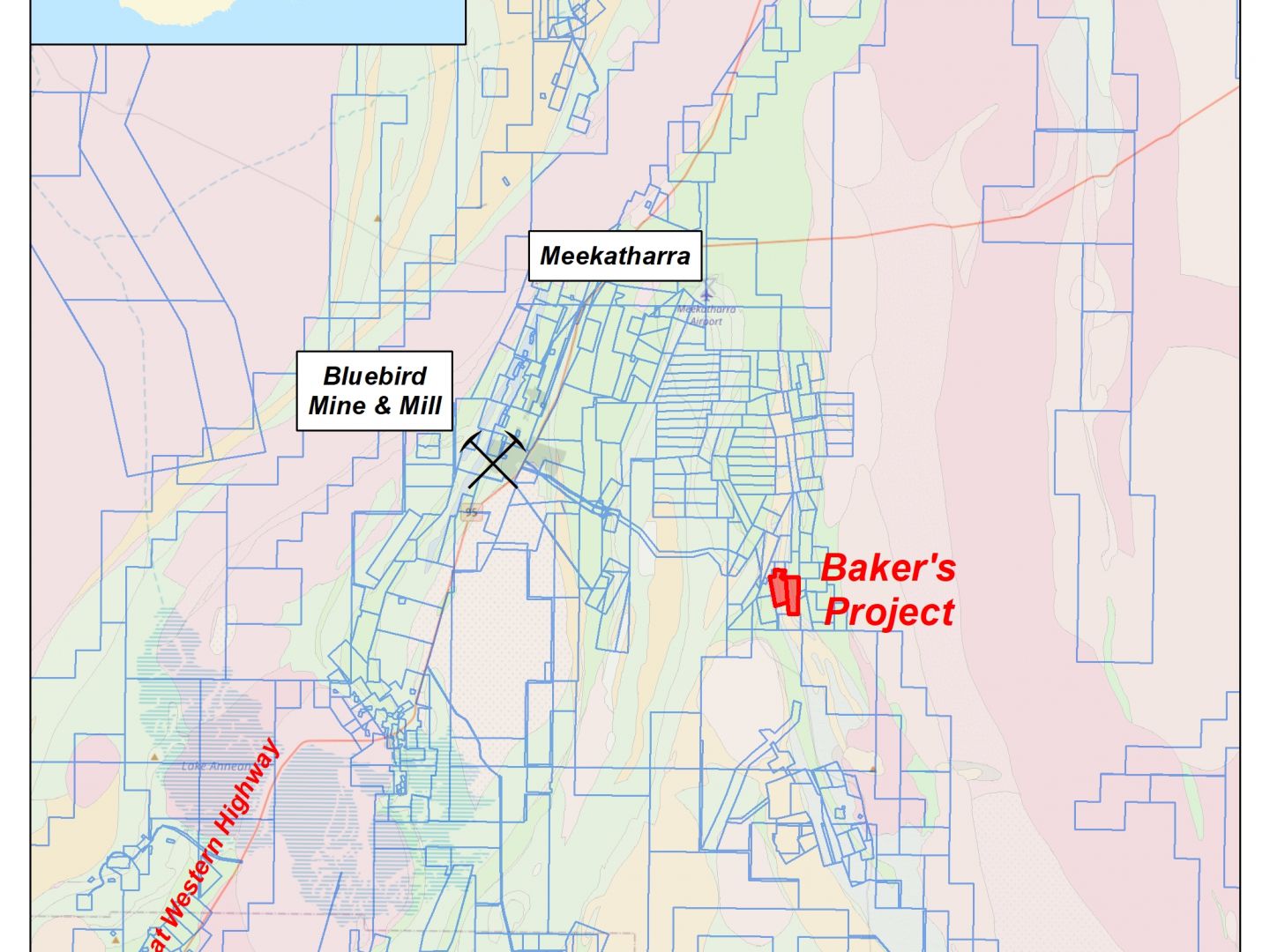 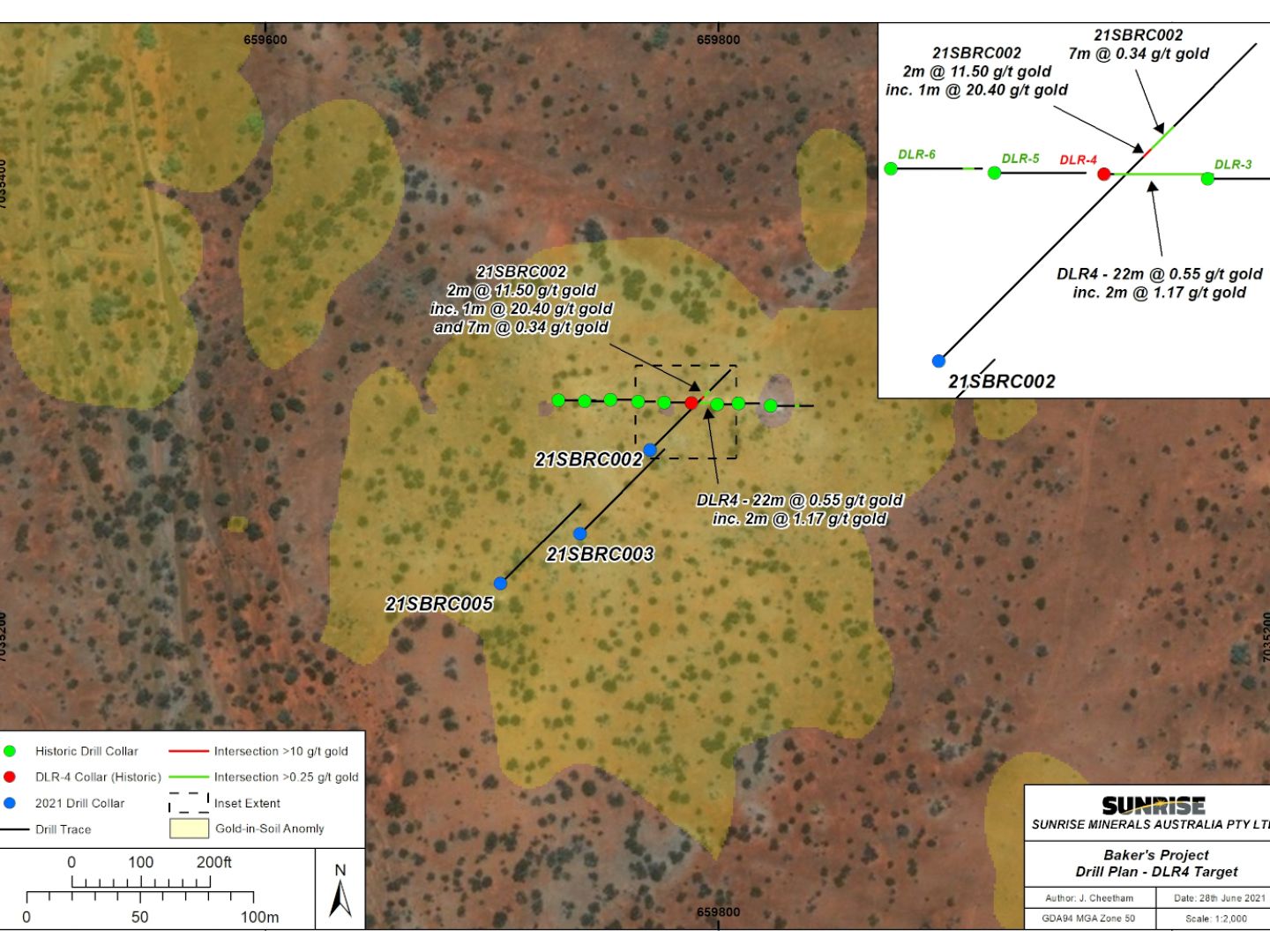