The Pioche Sepiolite Project is located close to the highway, northwest of the town of Pioche in south-eastern Nevada.

Sepiolite is an industrial mineral, a magnesium silicate clay mineral with a high surface area and possesses strong sorptive, decolouring, binding and thickening properties that make it useful in a wide number of high value products.

The only other commercial sepiolite deposit in the USA is also located in Nevada, in the Amargosa desert where it occurs in conjunction with saponite, bentonite and hectorite, and is operated by IMV, a subsidiary of multinational lime company Lhoist.

Production of sepiolite also comes from Spain, China, Turkey and Somalia. Spain is the world’s largest producer of sepiolite with the largest producer in Spain producing over 515,000 tons of sepiolite products from over 700,000 of mined clay. 353,000 tons were used in cat and pet litter and 162,000 used in industrial absorbents, chemicals, animal feedstuffs and other products with prices varying up to over $1800/t for specialist modified sepiolite products. Sepiolite from China and Turkey sells for $180-300/t and $500-800/t respectively.

The Company has staked claims and located outcropping sepiolite in three different locations within the claims. Surface samples from these three localities all assay greater than 88% contained sepiolite.

Initial tests by a European mineral producer were positive and a joint field visit indicated the potential for an extensive deposit of sepiolite; further samples were collected and additional tests are now being carried out in Europe. 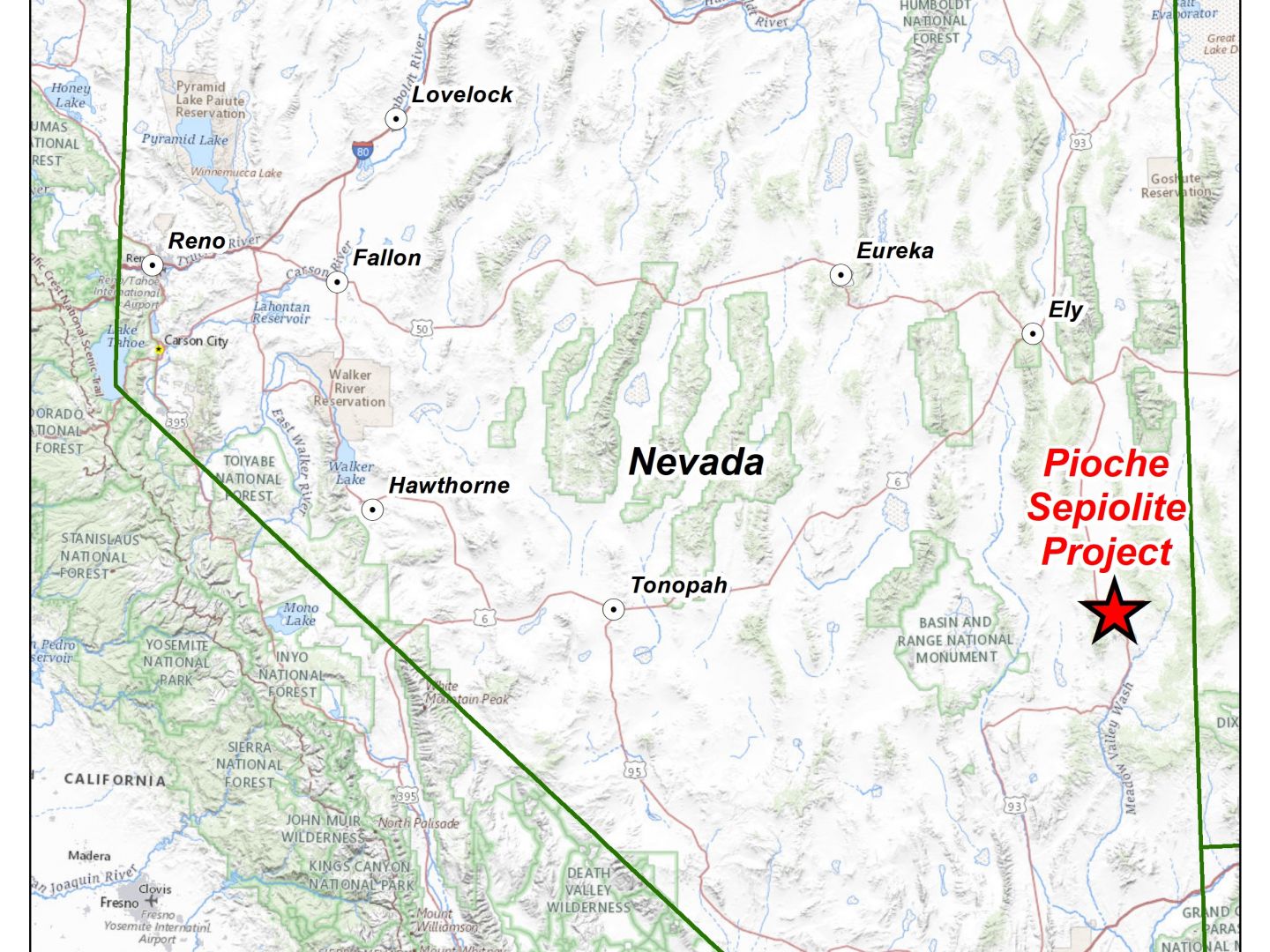