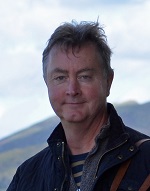 Mr Cheetham is the founder of the Company. He is a mining geologist with 38 years experience in mineral exploration and 33 years in public company management. Mr Cheetham started his career as an exploration geologist in Australia with Western Mining Corporation and prior to that worked for Imperial Metals Corporation in British Columbia, Canada. From 1986 to 1993 he was joint managing director of Dragon Mining NL, during which time he was responsible for the formation of that company, the identification of and acquisition of its exploration projects, its listing on the Australian Stock Exchange and the subsequent development of its exploration projects. Mr Cheetham co-founded Archaean Gold N.L. in 1993 - the subject of a successful $50 million takeover bid by Lachlan Resources NL. He is currently also Chairman of Tertiary Minerals plc.

Mr Cheetham is Chairman of the Nomination Committee. 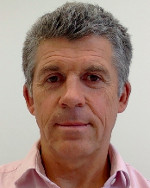 Mr Murphy joined as non-executive director in May 2016. Former MD, Investment Banking, of Dundee Securities Europe Ltd. which he joined in 2012 to establish the London office with an emphasis on capital raising for mining and oil & gas companies. Previous positions include former CEO of African Battery Metals Plc, MD Renaissance Capital, successfully raising capital for a variety of companies, and Head of Sales for Canaccord Adams where he was also a member of its UK Executive Committee. Earlier in his career in the finance industry he worked in mining sales for Deutsche Bank, as a mining analyst for both Deutsche Bank and SG Warburg and as a researcher for the World Gold Council. Mr Murphy holds a B.Sc. Hons in Geology, a M.Sc. in Hydrogeology and an MBA. Prior to joining the mining finance industry he worked as a geologist for a number of years for various companies, including Anglovaal Mining and British Petroleum. 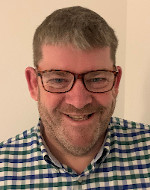 Mr Cole is a qualified chartered accountant and has a strong commercial background and a track record of success in fund raising, mergers, disposals and acquisitions. Most recently he was Finance Director for the Goal Group Limited. He was formerly Chief Financial Officer for Cominco Resources Ltd, AIM/TSX traded European Minerals Corporation plc and TSX/OSE traded Crew Gold Corporation. His experience in the resource sector covers taking projects from exploration through to construction and production.

Mr Cole is Chairman of the Audit Committee and a member of the Remuneration and Nomination Committees.

Mr Venables is a qualified solicitor who worked for 6 years in private practice, specialising in company and commercial law, before moving to the financial services sector. He worked in corporate finance and corporate broking with a number of stockbroking and advisory firms, including Greig Middleton & Co Limited, Old Mutual Securities Limited, Allenby Capital Limited and Northland Capital Partners Limited, focusing on equity capital markets and, in particular, the AIM market. Over the last 30 years, he has advised the boards of both private and public companies, based in the UK and overseas. He has experience across a wide range of sectors but, in recent years, he has been mostly involved with the resources, technology and support services sectors. He is a Director and Head of Company Secretarial Services at City Group PLC and is Company Secretary for Tertiary Minerals plc.

The following personnel, who are employed by Tertiary Minerals plc, provide services to Sunrise Resources plc through a Management Services Agreement. Such services are provided at cost:

Jaelithe is responsible for regulatory and compliance matters, routine company secretarial activity and the day-to-day running of the head office IT and administrative functions.

An ACCA qualified accountant with extensive experience gained across a variety of organisations, Sondra is responsible for all aspects of financial administration, including treasury, ledger control, management accounts, annual audited accounts, taxes and statutory financial reporting.

Joel is responsible for all aspects of 3D modelling, mapping, technical reporting and digital data management.